We all know that alcohol, prescription drugs and illegal drugs are responsible for deaths and the destruction of lives both locally and nationally.

“Drug/alcohol overdoses, or poisonings, resulted in over 5,500 hospitalizations and nearly 700 deaths among Orange County residents each year.”
– Drug and Alcohol Overdose Hospitalization and Death in Orange County, 2017

However, though these deaths are well publicized, there is a bigger – more deadly and financially costly – issue. Look at the following table relating causes of death and consumption of hedonic compounds. (I define hedonic compounds as substances that have little or no nutritional value  but provide pleasure to the individual). The most commonly consumed hedonic compounds in the United States are sugar, salt, chocolate, coffee, tobacco, alcohol, marijuana, opioids and cocaine. As you can see from the data below, in terms of both disease and financial costs, sugar is the greatest menace.

Notice that sugar, alcohol and tobacco figure largely in these various causes of death.

Revenues and Costs of Hedonic Compound Use in the United States, 2013

As can be seen in the tables above, sugar, particularly the refined stuff big companies add to our food, kills the most Americans and is the only psychoactive substance that causes more than a trillion dollar problem. Sugar costs us more per year than kids’ education. We spend more cleaning up the sugar mess than we do on our military.

We must legalize, label, educate, and tax all psychoactive substances including the biggest killer of all, sugar, to reduce consumption and abuse of these addictive products.  This is certainly not going to be a politically popular position, but it is the most rational for the following reasons:

I discuss these policies as well as the historical uses, distribution, and marketing of hedonic compounds in my recently published book, Spiced. 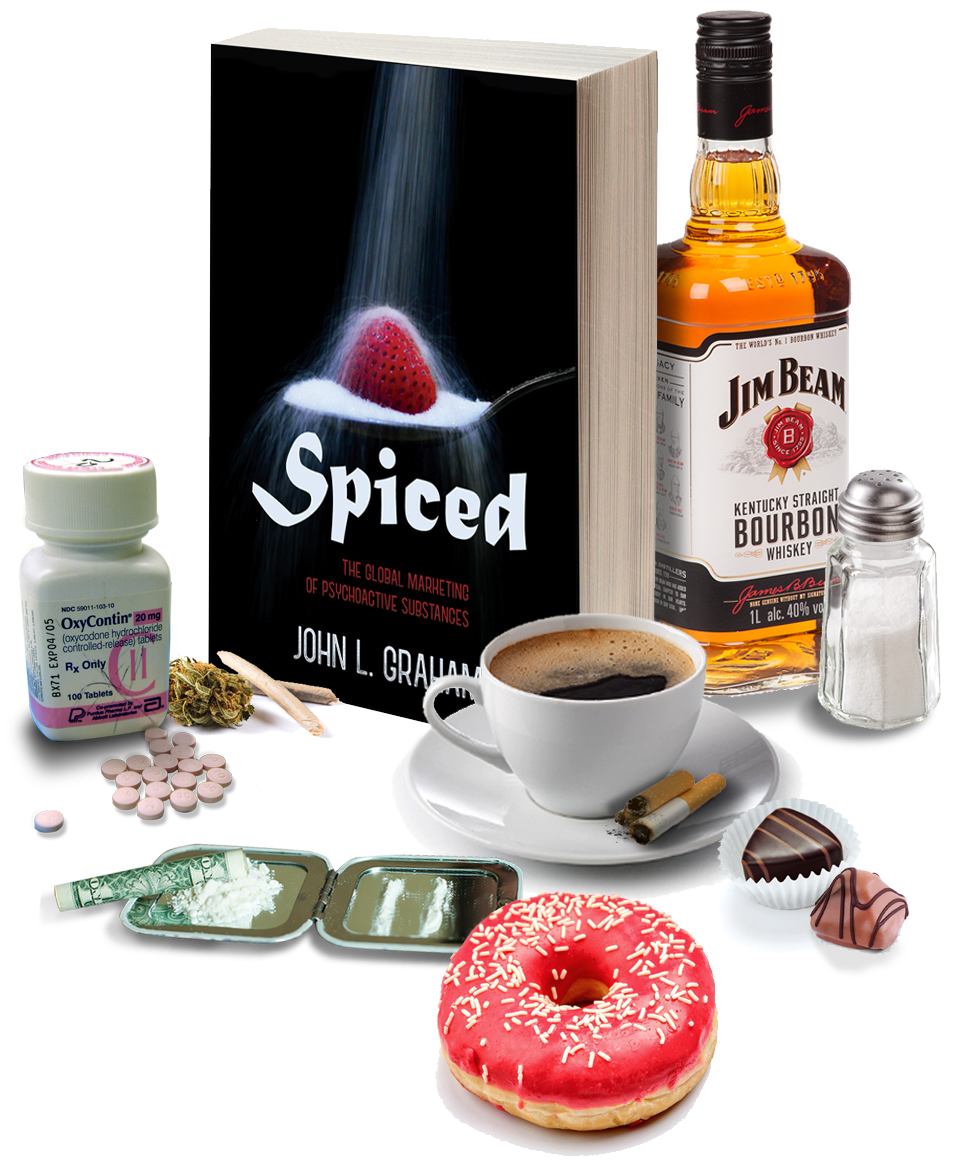 How to Move Forward

Systematic research has yielded many useful, even surprising answers. For example, it is now quite clear that sugar is the most dangerous drug. But, we have no idea about the long term consequences of marijuana consumption. We are beginning to learn about the societal costs of prescription pain medicines. But, we know almost nothing about the long term consequences of sugar substitutes. We need to continue the work of folks like Connie Pechmann, my business school colleague at UCI, so that we can fashion effective messages about hedonic substances for mass media advertising campaigns and classroom curricula, particularly for children.

Once consumption is out in the open, we can control it. Ultimately, bigger companies will dominate the market place for all hedonic substances. The big companies already do in the licit product areas. Forcing companies to obey the rules is simpler than corralling illicit drug cartels or street-corner drug dealers. Industry regulation agencies often work, and they are in fact constitutional.

Of course, circa 2018, in many ways industry regulates Congress via the influence of corporate campaign contributions. This has to stop. We should be looking to see how other democracies handle this problem, paying attention to research on comparative democracy. While we might have invented modern democracy, other countries often do a better job of tweaking their systems.

One attractive idea for controlling distribution to individuals is the Dutch “weed pass” idea applied more broadly. That is, licensing consumers the way we do drivers, or the way we should gun owners, makes all kinds of sense. On the front end would be a science based educational program about the immediate effects and long term consequences of consumption. As Tim Madge has suggested, “…license their use – not so that they had to be prescribed by medics, but so that a reasonable level of both self and official monitoring of individual use could be maintained.”

Of course, some of these substances will require control under the doctor’s prescription program currently in place. We do know about the abuses of this channel of distribution. Consider the current tragedy of opioid abuse in this country. But, board certification and licensing can be powerful regulation tools at the industrial level.

Distribution to minors is also an essential aspect of regulation of these products. We have practice with alcohol and tobacco. Issuing licenses at age 18 is plausible. The technologies for enforcement (personal identification, product tracking, etc,) in this area are burgeoning and should be applied particularly with respect to minors.

Without question raising prices works to reduce consumption. The efficacy of this marketing tool has been clearly demonstrated empirically, particularly with respect to alcohol and tobacco consumption in the U.S.  All these hedonic compounds should be taxed at the highest rate possible that doesn’t support black markets. These taxes should be collected from producers, processors, and distributors.

Really John, a tax on sugar? Yes, but not on specific products. Tax the stuff delivered to the food processors and the retailers (restaurants, etc.) in bulk. That will lower their profit margins and affect all competitors in the same way. They will all begin to curtail the sugar content of their products to reduce costs and restore profits. Consumers will pay higher prices in the short run, as producers and processors pass along their increased costs. Ultimately, consumption of added sugar will decline, and prices to consumers will decline. Sugar bowls will reappear on tables.

Careful crafting of flexible taxation systems will be essential. Please recall that the Harrison Narcotics Tax Act of 1914 was not effective in either raising tax revenues or reducing consumption of cocaine and opium. The distribution of these drugs retreated to black markets. For example, regulators should be empowered to adjust tax levels perhaps quarterly as black market competition rises and wanes. Finally, such taxes will allow us to capture some of the societal costs of hedonic consumption. Costs and benefits of the trade will be better aligned.

This is so easy to do. We have plenty of practice at it. The last time someone saw a cigarette ad on television in the U.S. was 1971. Only in the last few years have the spirits folks been bold enough to return to TV advertising. We know that such bans on mass media advertising can work. Systematic research demonstrates that reducing advertising reduces demand for alcohol and tobacco.

This is where the grand bargain comes in. Either governments will accept marijuana advertising, or they must ban alcohol advertising. The latter is the only logical option for leveling the playing field across the two types of products. I recommend the marijuana retailers sue over the issue, getting the courts involved. And please recall the multinational companies’ oft repeated chorus about a level playing field. Taxing the substances and banning their advertising levels the playing field across compunds, and between the largest and smallest companies.

Certainly banning hedonic substance ads directed at minors is warranted. Even Coca-Cola thinks they are a bad thing. Other countries have implemented with success bans of all advertising to children – Sweden, Norway, and in Canada, Quebec. The UK now prohibits ads for foods high in sugar and salt in broadcast media to children. 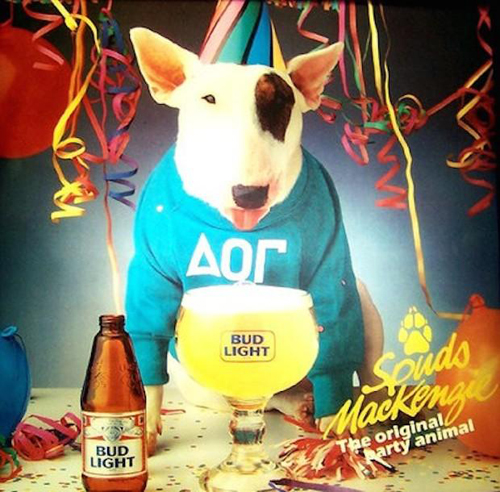 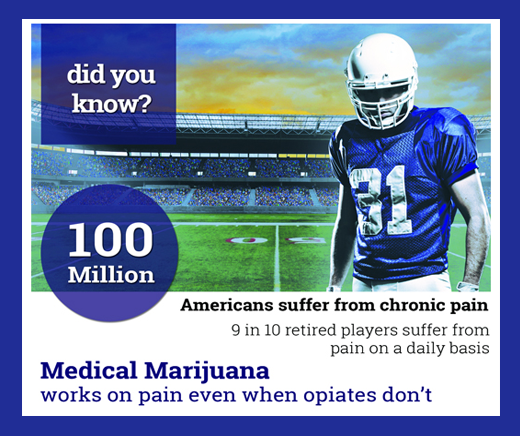 Reliable information is crucial for good decision making, whether about products or policy. While studies often show food and ingredients labeling does not work well, we can teach consumers to pay attention. We have excellent empirical support for the efficacy of information laden labeling in some contexts. It is more than annoying that Starbucks does not list the caffeine content on the one-pound bag of French-press ground I buy once a month. Other countries require detailed labeling. We should do the same.

Every person purchasing hedonic substances, from salt to LSD, should know their benefits and dangers, short and long run. This material can easily be packed into a licensing curricula and exams for high school students. The more we learn about brain science the more adolescents should become the focus of educational programs. Here’s why:

Studies reveal adolescence to be a period of heightened “plasticity” during which the brain is highly influenced by experience. As a result, adolescence is both a time of opportunity and vulnerability, a time when much is learned, especially about the social world, but when exposure to stressful events can be particularly devastating. As we leave adolescence, a series of neurochemical changes make the brain increasingly less plastic and less sensitive to environmental influences. Once we reach adulthood, existing brain circuits can be tweaked, but they can’t be overhauled.

Particularly because the laws about hedonic substances will remain fluid and confusing for adults during the next decade, teenagers will need special attention. Tara Parker-Pope well summarizes the beginnings of such programs:

Drug prevention experts say the “Just Say No” approach of the 1980s does not work. The goal of parents should not be to prevent their kids from ever trying marijuana. Instead, the focus should be on practical reasons to delay use of any mind-altering substance, including alcohol, until they are older.

The reason is that young brains continue to develop until the early 20s, and young people who start using alcohol or marijuana in their teens are far more vulnerable to long-term substance-abuse problems.The brain is still wiring itself during adolescence, and any drug use during this period essentially trains the reward system to embrace a mind-altering chemical.

– Tara Parker-Pope, “Legal Marijuana for Parents, but Not Their Kids” New York Times, 2014