A sixth-generation Californian, I’ve lived in Orange County for 35 years.

I’m a retired Professor at the Paul Merage School of Business at the University of California, Irvine (UCI). I have taught Marketing and International Business to graduate students there since 1989 and served as Associate Dean, Director of the Center for Citizen Peacebuilding, and Director of the Center for Global Leadership. Before that I taught the same subjects at USC for ten years. I also spent a year teaching in Madrid, Spain (1991-92) and was a Visiting Scholar at the Georgetown University Business School in Washington DC (1996-97).

My research and writing primarily regard how culture influences negotiation style and international marketing. My research has taken me to dozens of foreign countries including: Japan, China, Hong Kong, Russia, the Czech Republic, Germany, France, the UK, Norway, Mexico, Canada, Brazil, and Cuba. Articles about my work have appeared in the Harvard Business Review, the Los Angeles Times, and Smithsonian Magazine. I have written articles for the Orange County Register, the Los Angeles Times, the New York Times, La Opinion, and a variety of academic and management journals. With co-authors I have published eight books, International Marketing, Spiced: The Global Marketing of Psychoactive Substances, Inventive Negotiation, All in the Family: Multigenerational Living, Global Negotiation, China Now and Doing Business with the New Japan. For more information of each of these books, click on the book image. The 8th book is for children and is entitled Windows on the World. 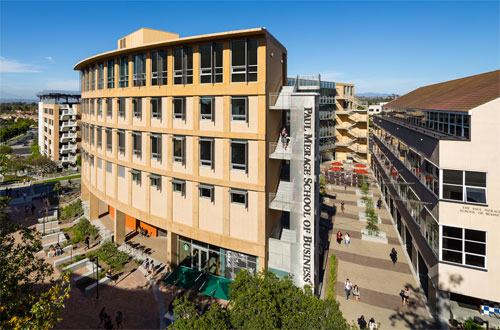 During 1970-74 I served as an officer in U.S. Navy Underwater Demolition Team Eleven in Coronado, CA and the Philippines. From 1974-79 I served in the U.S. Navy Reserves with UDT/SEAL Team 119, also based in Coronado. Among my assignments while on active duty were Platoon Commander, Diving Officer, Nuclear Weapons Program Officer, and Drug and Alcohol Abuse Program Officer.

During these same years, I was educated in California public schools with a BA in Chemistry from San Jose State University (1970), an MBA from San Diego State University (1975), and a PhD from UC Berkeley (1980). After completing my MBA I worked for Solar Turbines International, now a division of Caterpillar Tractors in San Diego. 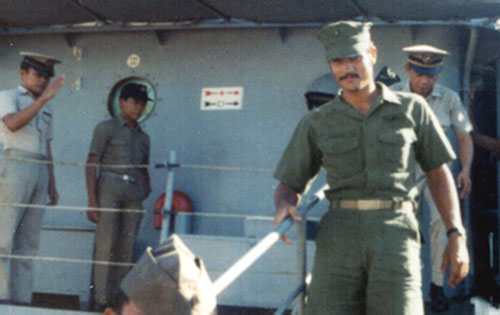 That’s me a LONG time ago, on board a navy vessel in the Phillipines.

In my spare time, I spend as much time as possible with my family. My wife Mary is a Professor of Marketing at UCI. I have three daughters, one son, and a 10-year-old grandson. We share a love of travel – that’s the whole gang together in Alaska (minus Posey and Rally – woof!). In addition to being a travel buff, I am an avid photographer, runner, reader, and baseball fan (of my grandson’s team).

Meet John at the Podium 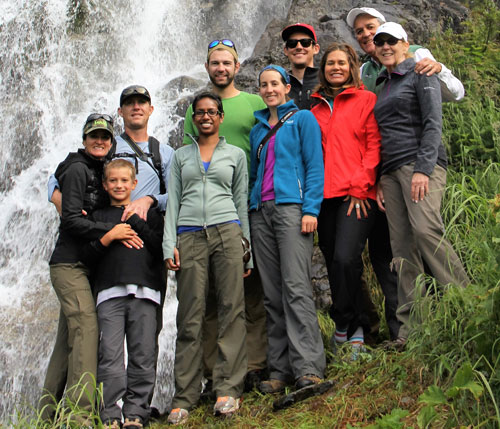